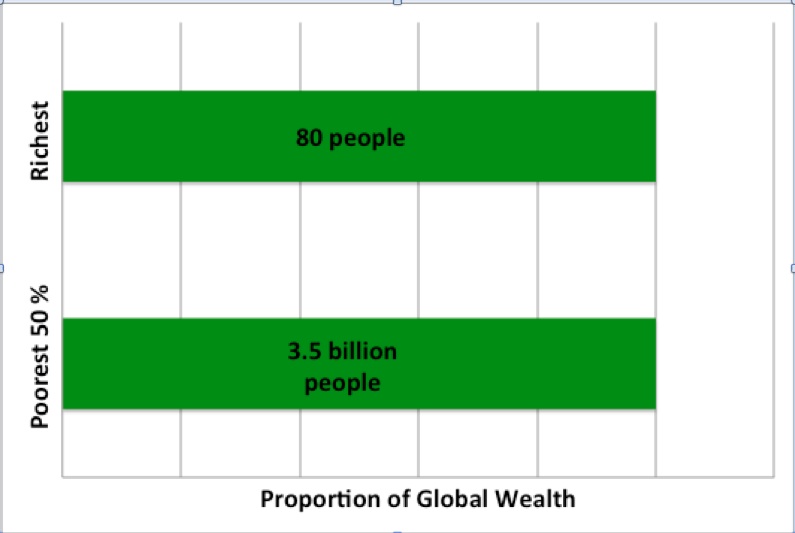 The world is too unequal when the richest 80 people own as much as the bottom half of the world population.

The Palma ratio is the ratio of the national income shares of the top 10% of households to the bottom 40%. A Palma of 1 means that the richest 10% of the population earn the same as the poorest 40%, and a Palma of 4 that the richest 10% earns 4 times more than the poorest 40%. The strength of Palma is that it intuitively is easy to understand and therefore easier for both politicians and the public to relate to – if the Palma ratio is increased the richest 10 % has become even richer.

Measured by the Palma ratio Brazil is about 4 times as unequal as Pakistan, but less than twice as unequal according to the Gini coefficient. Although the ranking of countries according to Palma and Gini largely follows each other it is also clear that interpretation of the Gini figure is more difficult, providing an argument for using the Palma ratio when describing inequality and devising appropriate policy measures.