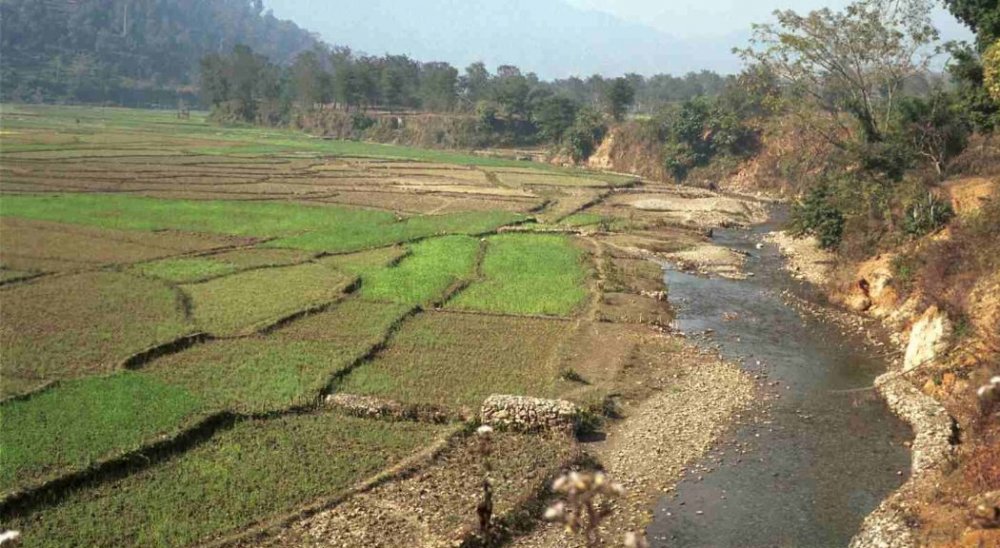 We all need food to eat and water to drink, if we wish to survive. The physiological need for food make the agricultural sector different from a number of other sectors. Agriculture is the most important sector in many countries, because it delivers the food we eat, products we export, provide the employment we earn our living from, create savings for investments and delivers purchasing power to generate demand for manufactures. For these reasons, the agricultural sector has always drawn a lot of attention when discussing economic growth and poverty reduction.

Much basic analysis of the importance of agricultural growth for poverty reduction is based on simplistic premises. Some believe that as most poor people are working within the agricultural sector, agriculture must be the point of departure in poverty reduction efforts. However, all evidence point to the fact that eradication of rural poverty requires having fewer people depending on agriculture. The issue is therefore how to take people sustainably out of the agricultural sector. In this process, the question policy makers need to address is whether people are moved into sectors that both have higher productivity levels and are experiencing productivity growth, i.e. whether the structural transformation is both static and dynamic.

When improved rice and wheat varieties, pioneered in the 1950s, were disseminated during the 1960s and 1970s in Asia, these modern varieties were fast adopted, and reached adoption rates at 60% for rice and 80% for wheat already by the 1980s. Today adoption rates are close to 100%. These high yielding varieties led to large production increases and effectively resulted in disappearance of famines and malnutrition previously common in many Asian countries. In SSA’s agricultural production, cereals account for a smaller share of agricultural production and there is more diversity within cereals (maize, wheat, rice, sorghum, millet) relative to rice-dominated Asia. Today, high yielding varieties of maize, sorghum, millet, cassava and beans have also been developed, but they have not reached the same dissemination rates as e.g. rice and wheat in Asia.

Even though high yielding varieties of the main food crops in SSA exists, there is a range of constraints for their adoption. This includes low fertilizer use and lack of irrigation. Other reasons for the low uptake of high yielding seeds are low levels of mechanisation, weak institutions, insufficient availability of crop finance and the diversity in soil and climate both between and within larger countries. An additional reason is chronic underinvestment in both mechanization and agricultural research and development.

The difference in irrigation investments between Asia and SSA is large, with only a small part of SSA being irrigated. The irrigated area constitutes only about 4% for SSA, and it is unevenly spread among countries: In South Africa and Sudan more than 1 million Ha. is covered by  irrigation systems with other countries just having a few thousand Ha. In Asia the irrigated area is much higher - 37%. While irrigation was an essential element of the success of the green revolution in Asia (where it has been an integrated element of a thousand year long cultivation method), it is unknown what the potential for irrigation is in SSA. It depends on geographic, hydrologic, agronomic and economic factors, but it is unlikely that the potential is as large as in Asia. But large expansion of irrigation (from a very low level) will be needed also in SSA as rainfed crop production will be insufficient to feed the future generations of people and to secure a surplus production.

On the background of this rather daunting picture of agriculture in SSA, the question is if there are any signs of hope in SSA for copying elements of what has made the green revolution in Asia so successful. The example of Ethiopia illustrates that it is possible to make substantial progress.

Ethiopia has subscribed to the Comprehensive Africa Agriculture Development Programme (CAADP), which prescribes a 6% agricultural growth rate, a minimum 10% of government expenditure on agriculture and agricultural growth explicitly modelled on the Asian green revolution. The Ethiopian efforts actually predate CAADP. The Ethiopian government set its own growth figures higher, and the results have demonstrated that this was a correct decision: From 2003 and a decade ahead annual growth in cereals production has been 8.6%, of which 80% comes from yield increase and the remaining 20% from area expansion. Yield has doubled over the 10 years period, and total production increased by close to 140%. Many means have been used to reach these results. Just to mention one, as Ethiopia is a “one crop a year” country, the gradual irrigation of the assured rainfall areas double the cropped area in those parts of the country by allowing cropping in the dry season also.